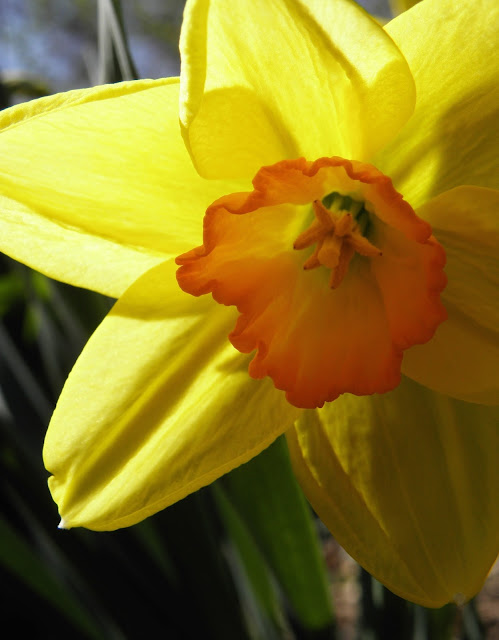 In high school my daughter's friends gravitated to one home more than any other.  Their friend Eric is an only child and his parents graciously opened their basement to Rock Band, pool and all sorts of teen amusements.  Instead of one child, the house was often filled with a dozen or more. Scrumptious home baked treats were served warm from the oven and both parents created a welcoming atmosphere where the kids felt relaxed and at home.
By senior year the kids became aware of changes in Eric's dad, though it wasn't until later that they learned he was suffering from Alzheimer's.  Over time this gracious man retreated from the kids.  When we discovered his illness I felt awful for all the times this rambunctious group of kids descended on the family when they were already dealing with so much.  We could have easily shifted their gatherings to our own basement.  But at no time did Eric's parents close their door to the kids even when it would have been so much easier to do so.
Eric's dad died while the kids were in college. I attended the visitation and delivered a message from my daughter.  Off at school in Memphis she was unable to be at the funeral for this man for whom she felt such affection.  She wanted them to know she would be there if she could.
Eric's mom smiled and commented about what great friends these kids had remained in the years after graduation.  Looking so serene she pointed out that Eric would have a strong support system to help him deal with his loss.  At that moment I understood why she had endured teens screaming along with Rock Band while caring for her ailing husband night after long night, and I was awed by her wisdom.
While her husband's disease caused him to recede into the past, while her teenaged son lived fully in the present, this loving mother was thinking about the future.  In that future she knew her son would experience painful loss and would need strong relationships to help him cope. She determined to provide a place where those friendships could be forged.  As this realization flooded me I was struck with such respect for this woman.  My heart connected to hers mother to mother.  I understood again why this young man has turned out so well.