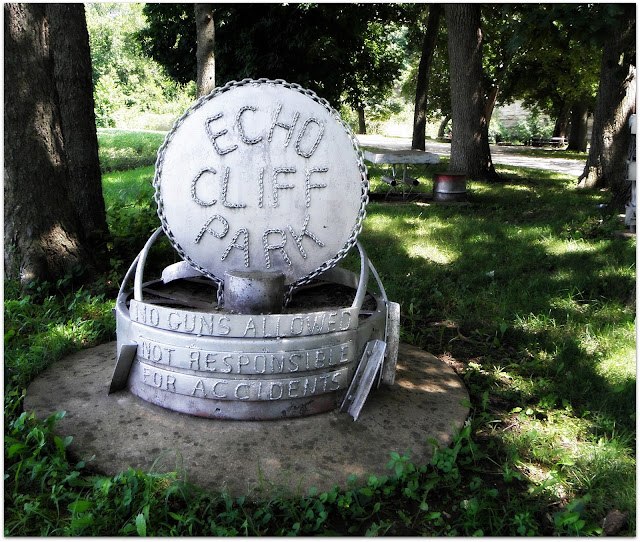 My daughter and son have birthdays one day apart.  They have always celebrated together until this year.  This year he will be at college, and she will be in Paris when their birthdays roll around.  The thought of not celebrating together was too much for my son.  So, exactly two months before his sister's birthday he made a picnic lunch, loaded us into the car and drove us to Echo Cliff Park to celebrate her birthday.  Although less than an hour from our home, we had never been to the park before he discovered it. 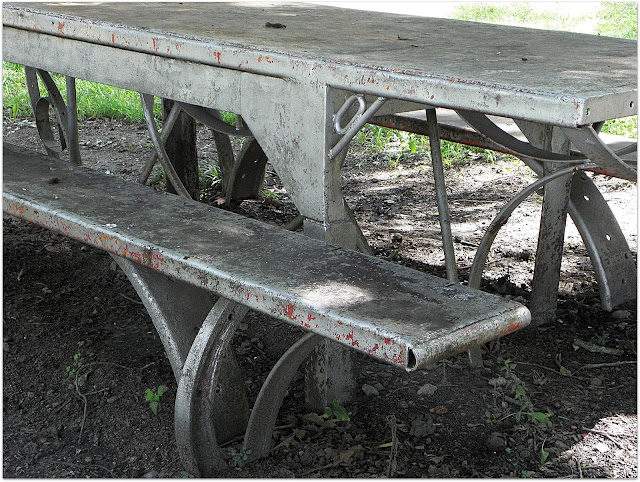 The park itself is a quirky place set aside by an individual who wanted to share Echo Cliff with others.  Tables crafted from parts of old machinery and farm debris dot the picnic area.  Seats molded of concrete poured into barrels sprout handles of rebar or horseshoes from their sides. 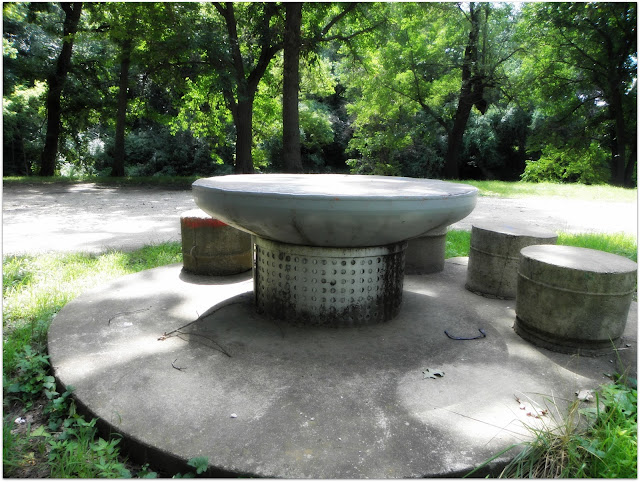 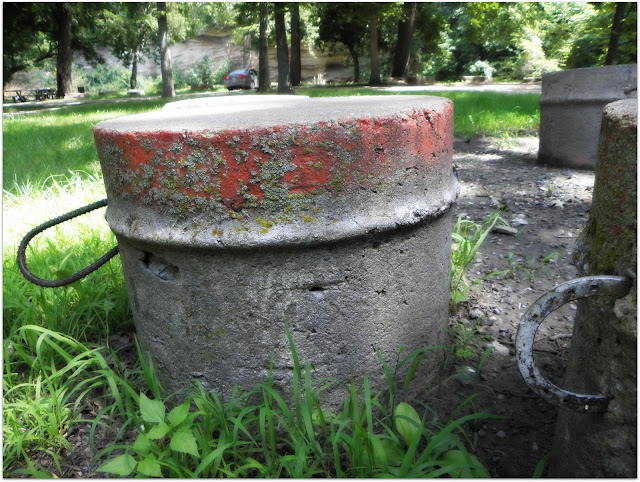 My son had asked each of us earlier in the week what foods we would want to take on a picnic, and then surprised each of us with just the meal we had described.  After lunch, we crossed the stream to climb Echo Cliff. 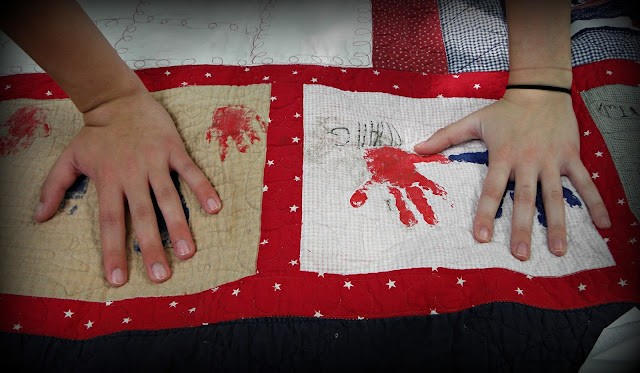 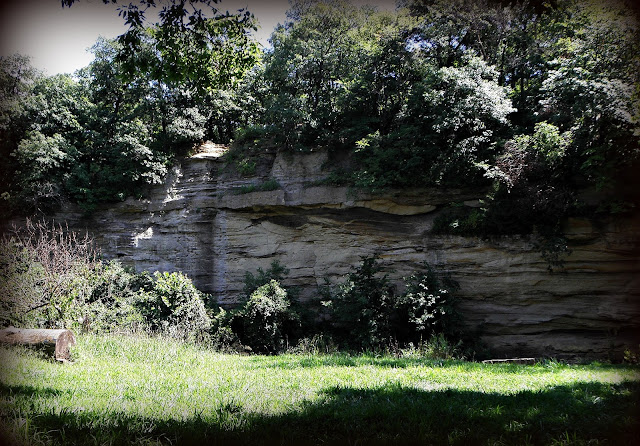 The stratification of the rock was so pretty.  If we had taken time to look, we would have probably discovered fossils of shells and aquatic life from the days when Kansas was under a sea.  But we were headed to the top. 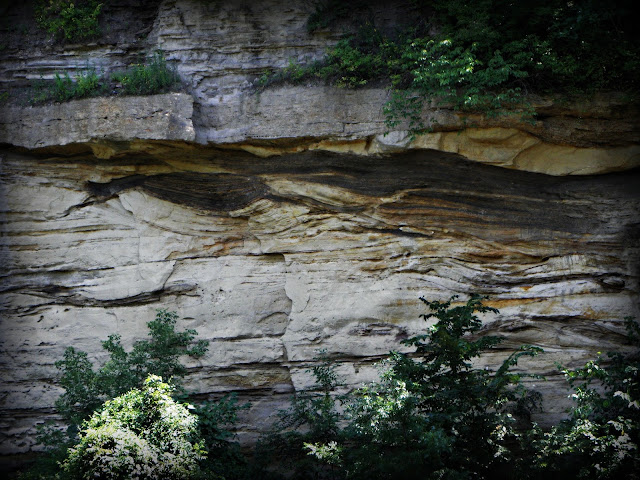 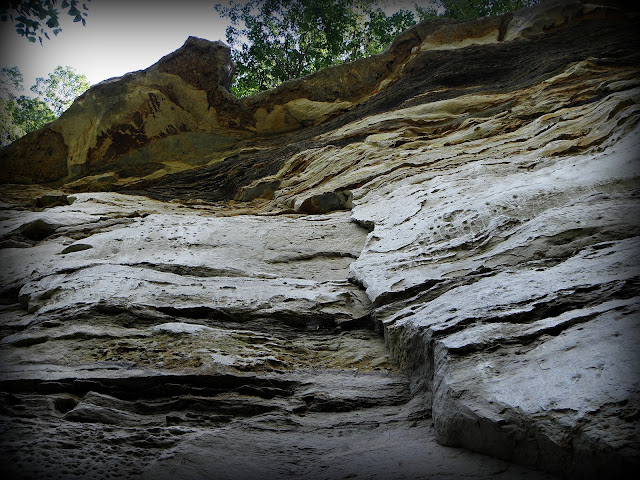 Onward and upward we traveled together... 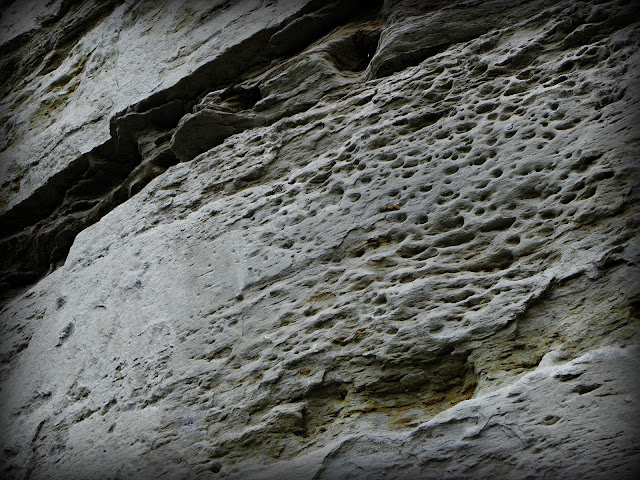 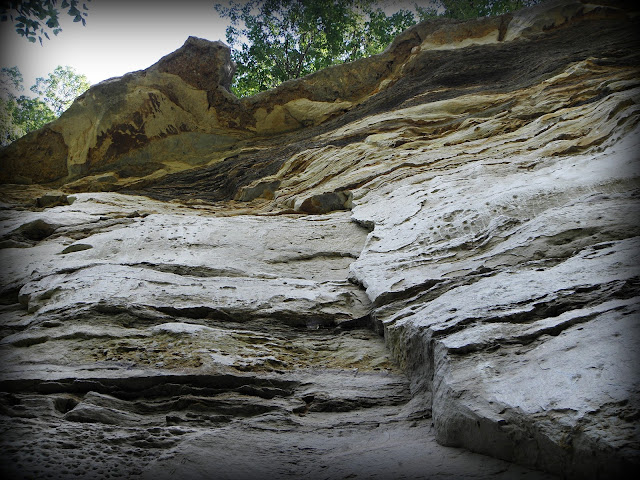 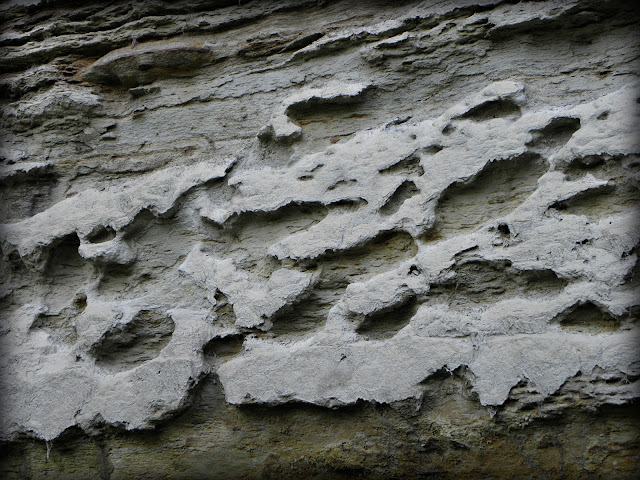 ...until we finally reached the top. 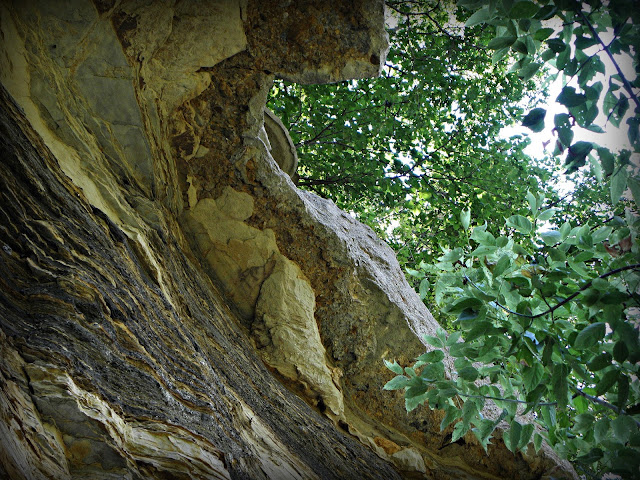 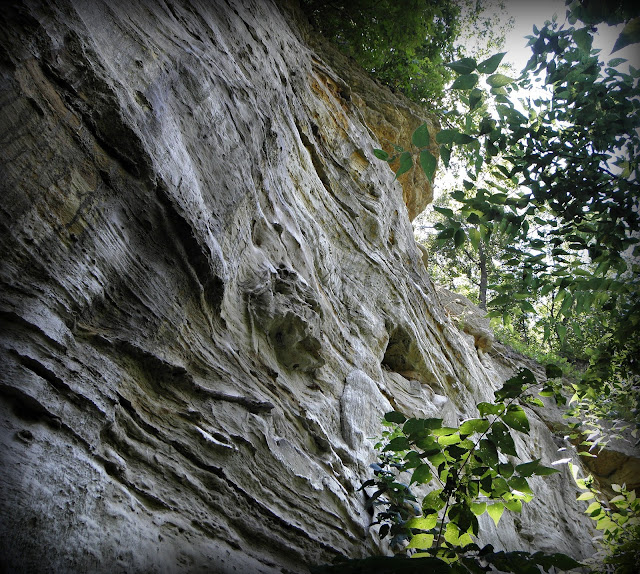 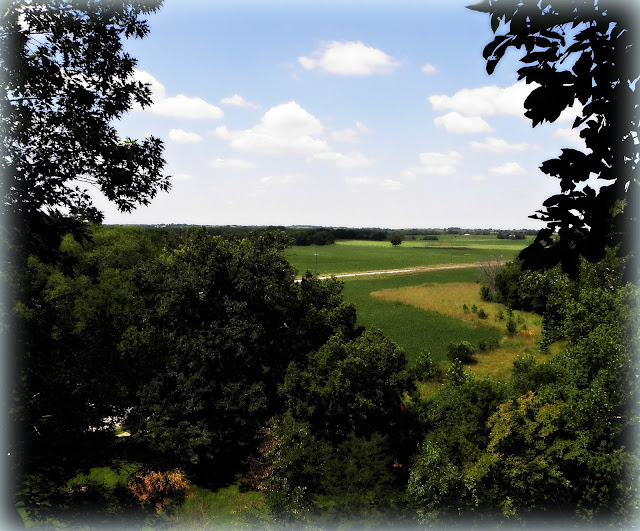 We stood a long time taking in the view and laughing about the slips and slides we experienced on our way to the top.  The weather could not have been nicer or the company more enjoyable.  The day was perfect. 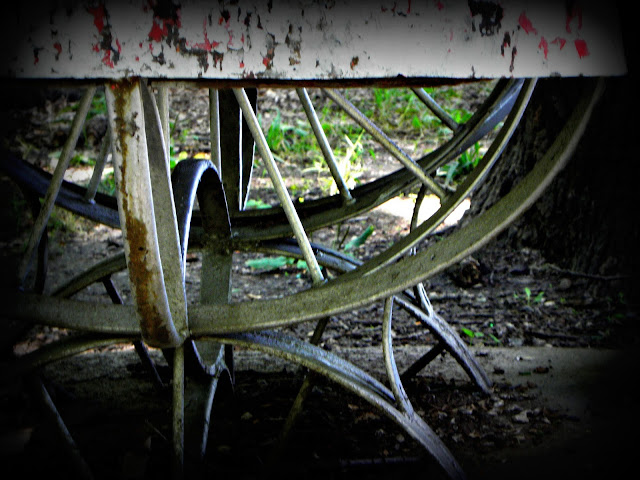 I had been telling my son that it was too soon to be celebrating October birthdays, but he showed me.  It isn't the calendar that determines which days are worth celebrating.

Email ThisBlogThis!Share to TwitterShare to FacebookShare to Pinterest
Labels: Celebration, Family, Kansas, Lessons My Children Have Taught Me, Parenthood