The father-in-law of one of the secretaries at my school has farmed his whole life.  Though he reached the age when many people retire years ago, there are parts of farming that he can’t let go.  Every year he grows sweet corn on a scale that must be considered more crop than garden.  Everyone at our school benefits from his efforts.
I decided to preserve the corn I received after finding food.com’s instructions for freezing fresh corn.  Step 1:Shucking the Corn is the kind of chore that can be done while your mind is  a million miles away.  My mind was on the back porch on a hot summer day in the early 1970s.  Sitting on the concrete stoop I happily worked through a stack of corn that someone had given to our family helping to stretch the food budget required to fill the bottomless bellies of so many growing children.
Corn on the cob was one of the best things about summer in my mind.  I could make a meal of buttery, sweet corn.  I loved pretending with my brothers that our corn eating was like fingers flying across the keys of a typewriter reaching the end of the page with a ding and returning to the other side for yet another line.
I took pride in my ability to remove more of the corn silks than my older brothers could.  No one would get a silk caught like floss in their teeth as long as I was performing quality control.  I often reworked ears of corn my brothers had deemed ready for the pot of boiling water shaking my head at their feeble attempts. 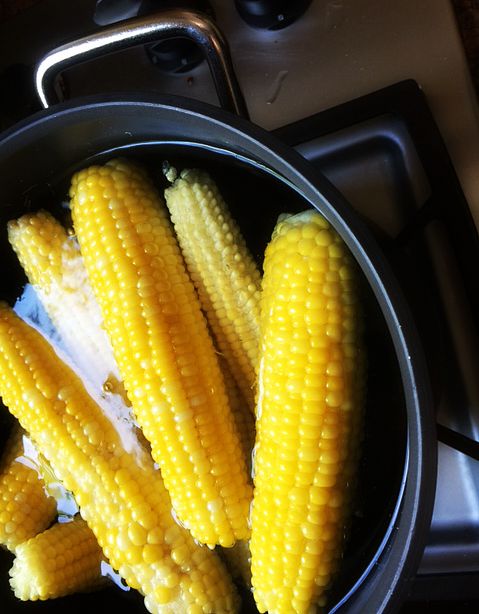 Step 2:  Cook the ears in boiling, salted water for four minutes.  The steam rising above my huge soup pot as I drop in each ear causes my glasses to fog over.  I think of my mother in her hot kitchen.  Our house was cooled–on those summers that it was cooled at all–by a single window air unit positioned in the living room at the farthest point from the kitchen possible.  Standing near the steaming pot in my own comfortable kitchen I suddenly remember that there was at some point during my childhood a unit in the window by the kitchen pantry.  I don’t recall it ever being there, but a memory of my dad removing it floats through my brain.  I am peeking at him from inside as he works outside the window.  Normally, he would grin at me but in this memory he is discouraged.  Why had I never made the connection between this memory and the many memories of my mother’s flushed face as she stood working at the hot stove? 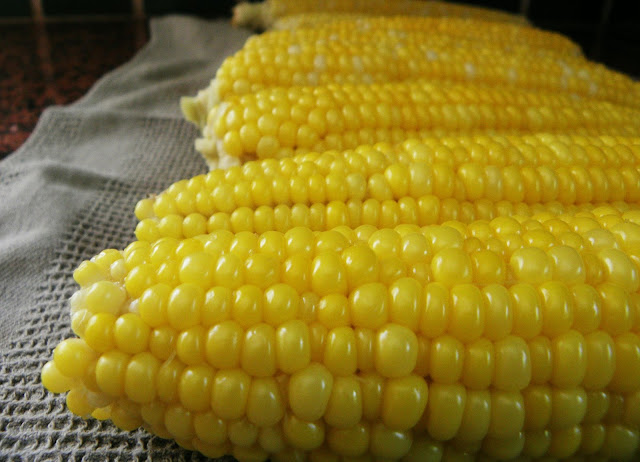 Step 3:  Lay the ears on a clean dishtowel to drain and cool.
Step 4: Once cooled to the touch, stick the end of an ear into the opening of the center tube of an angel food or bundt cake pan.  Using a paring knife cut the kernels from the cob letting them fall into the cake pan.  Going through the motions I can’t help but notice how much my hands have come to resemble my mother’s. Her hands are the things I remember most vividly about her perhaps because they were always moving, always delving into some project that would directly benefit me. 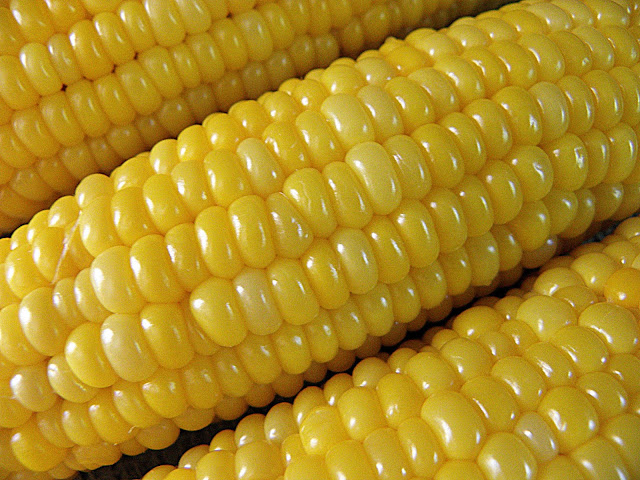 Step 5: Melt butter (1/3 cup was perfect for a dozen ears) , drizzle over the corn and toss.  Place corn in an airtight container and freeze. 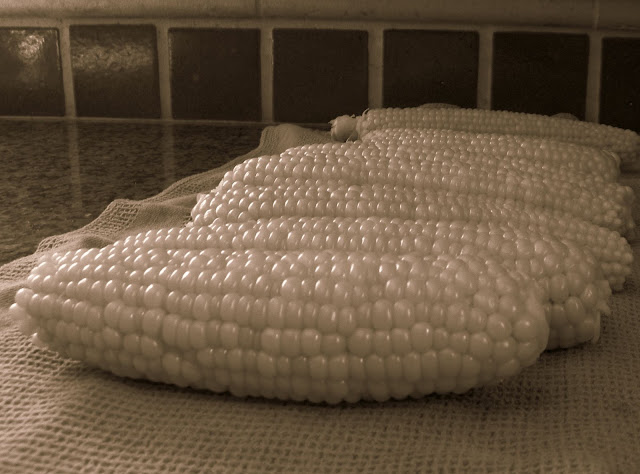 I tasted the corn before slipping it into my freezer and smiled at the same buttery goodness I remember from my childhood.  I started this project with the idea I was preserving corn, but came to understand I was really preserving memories.  Memories of childhood summers with simple pleasures in a family who surrounded me in love. 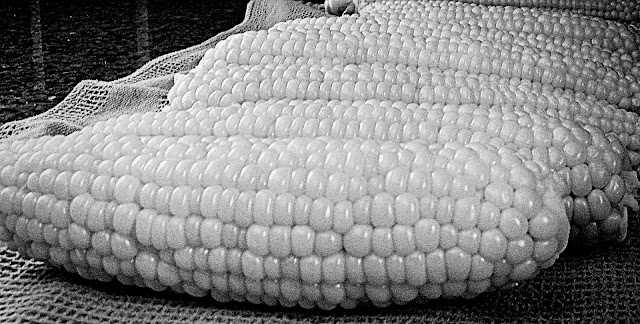 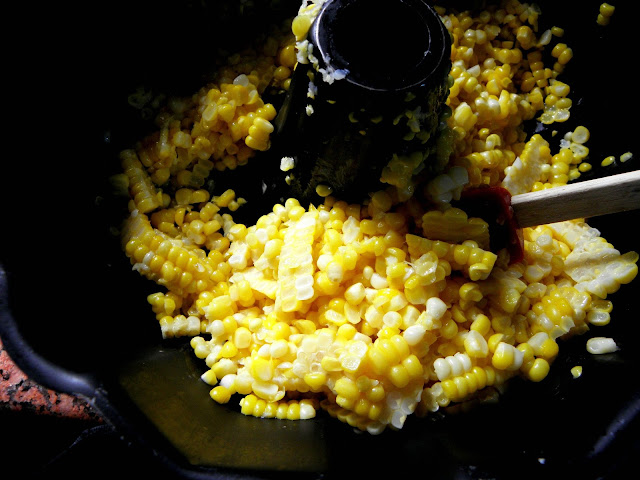 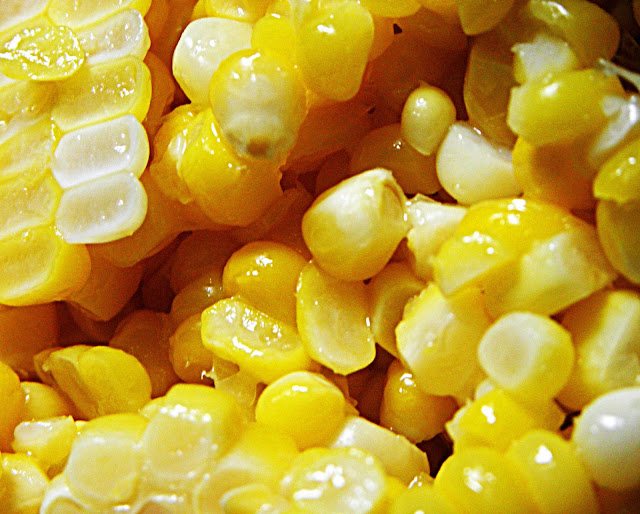 Email ThisBlogThis!Share to TwitterShare to FacebookShare to Pinterest
Labels: Aging, America, Family, Farmhouse Style, Garden, Home, Kansas, My Parents, So THIS is the kitchen, Summer