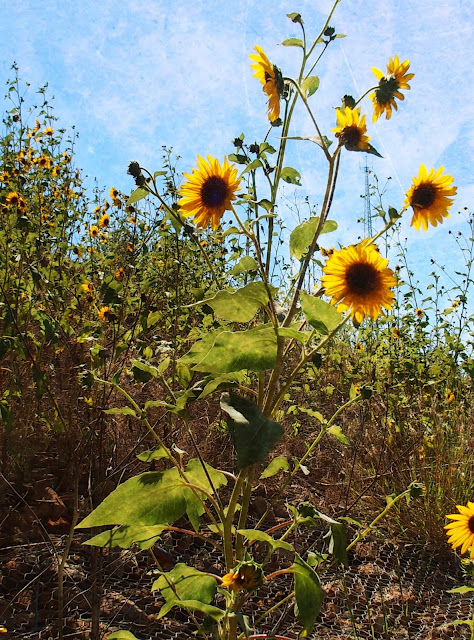 Last weekend we traveled to Western Kansas and then to Oklahoma.  Dotting the shoulders of the highways were bunches of sunflowers; not the designer dinner-plate-sized ones seen at the florist, but the smaller ones of my childhood.  In fact, I couldn't remember seeing such plentiful patches of these sunshiny blooms since I was a child. 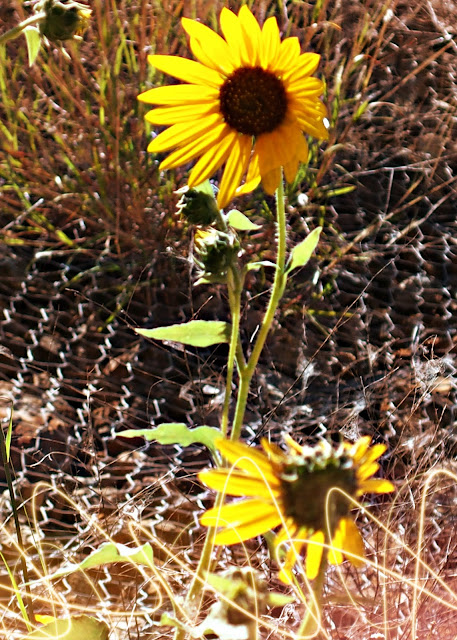 I had begun to wonder if this resurgence was a natural phenomenon in response to the end of the drought that has plagued the state for the better part of the last decade or if the highway department had a hand in it.  When we crossed the Kansas/Oklahoma state line and the sunflowers disappeared, I felt I had my answer. 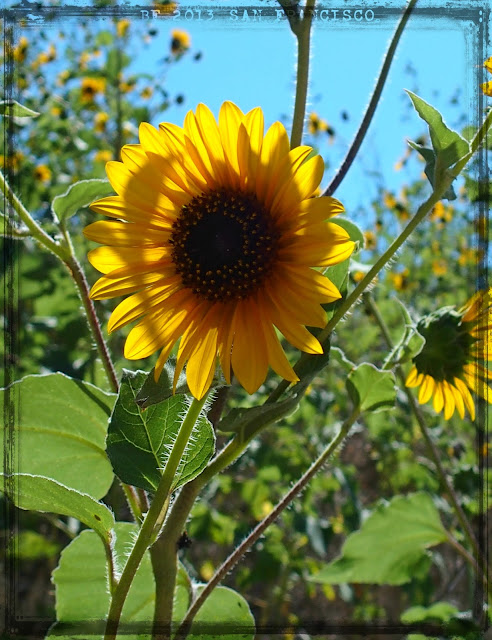 Google directed me to an article on KDOT's plan to seed highway shoulders with native flowers and grasses in 2012.  There was a movement at that time to return original prairie plant life to the roadsides.  In this way the state would save money on the maintenance and mowing of grass.  Wildlife habitats would be restored, and though the article didn't mention it, the beauty of the plains would be enhanced. 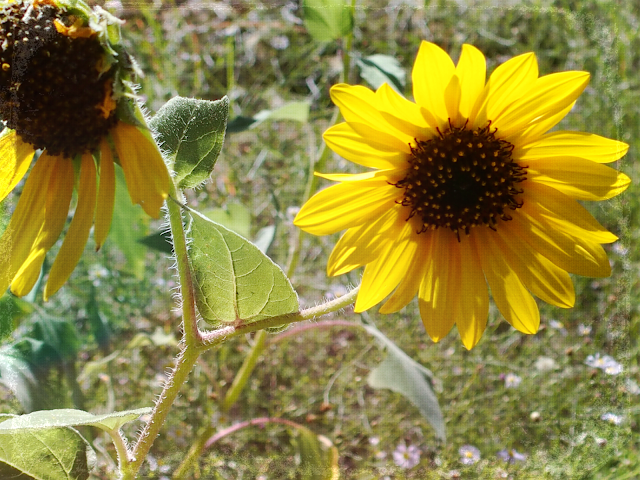 Reading the article I couldn't help but think how many of our attempts at progress fall short in the end.  I grew up in the era when these very spaces were replanted in grass that was kept groomed and civilized.  The result was a uniform look no matter where you were in the state, and to some degree even the country.  This blandness was retained at a good deal of cost and effort. 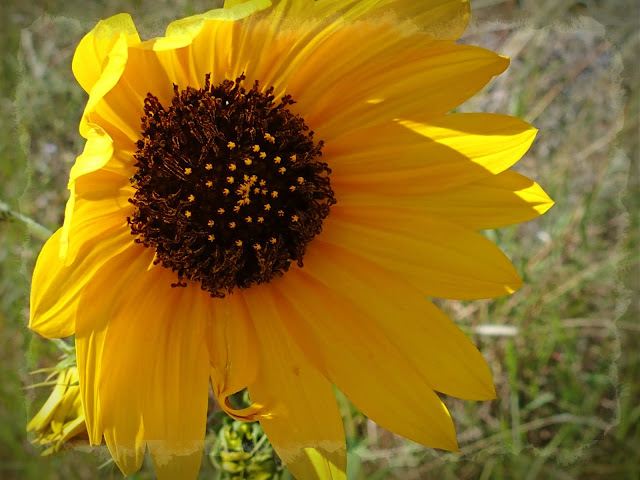 I wonder if the biggest cost could it have been our regional identities.  I knew as a kid that the sunflower was our state flower.  I saw sunflowers along side the roads and scattered in the fields.  It was easy for me to imagine those who came to Kansas before me watching their golden heads turning to follow the sunshine as they soldered on across the plains. 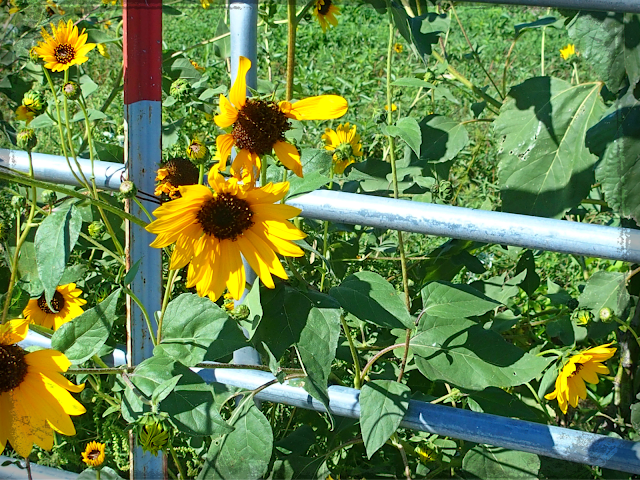 I like the unruly grasses and flowers that bob and sway in the Kansas wind.  The countryside seems softer, more like home than it did when it was manicured and bland. 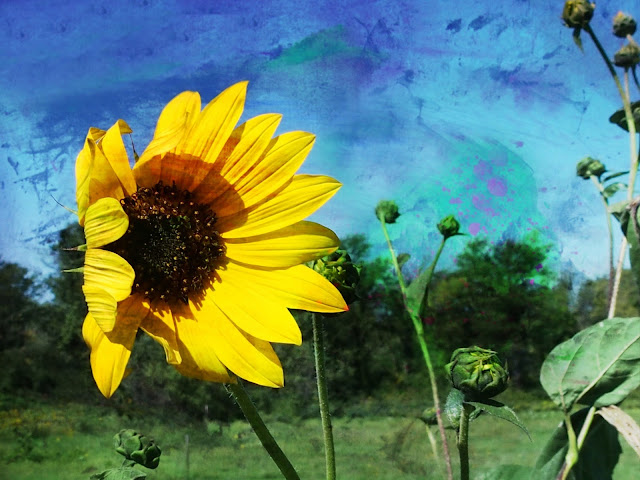 I take comfort in the knowledge that we don't have to try so hard.  That there is wisdom in the original plan, and nature can most often heal itself if we will just stay out of the way. 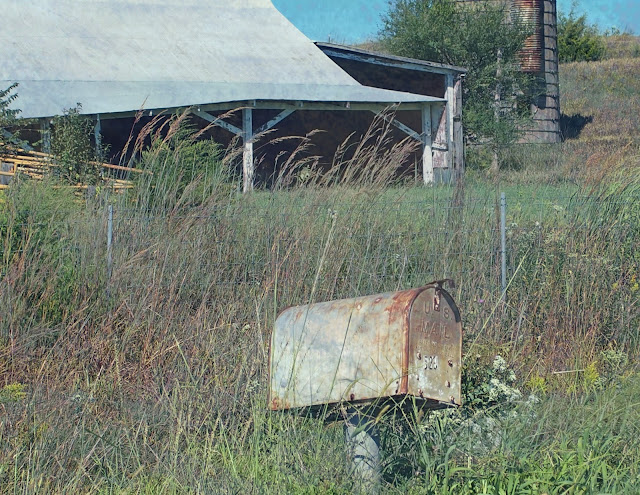 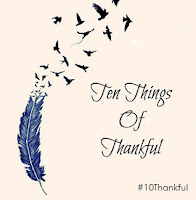 I'm feeling thankful for my home state, for the prairie, the grasses, the flowers, the wind, the wide open spaces, and the chance to be out in them this week. 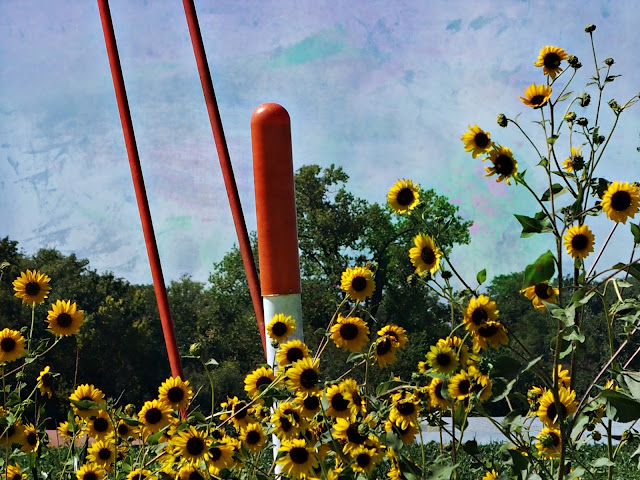