Looking through photos of my son's year in Paris I was saddened to see that the locks have been removed from Pont Des Arts which I first wrote about on Valentine's Day 2014.  The sheer weight of the locks had become a threat to the structural integrity of the bridge.  So...safety...I get it.  Still, I am thankful I had the opportunity to see the bridge in all its brilliant, dangerous glory!  It was my favorite sight in all of Paris.
Here is what I wrote shortly after our visit... 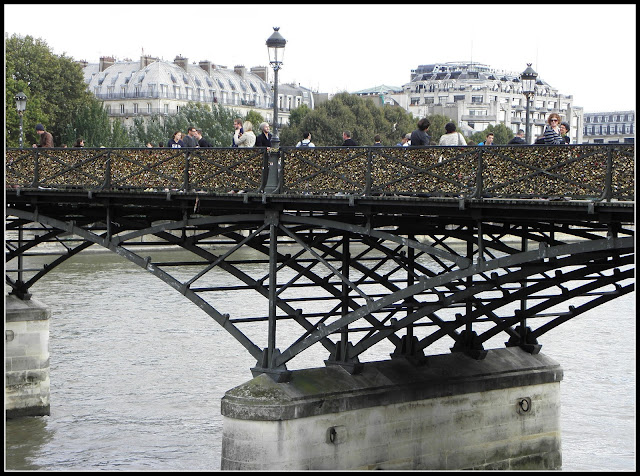 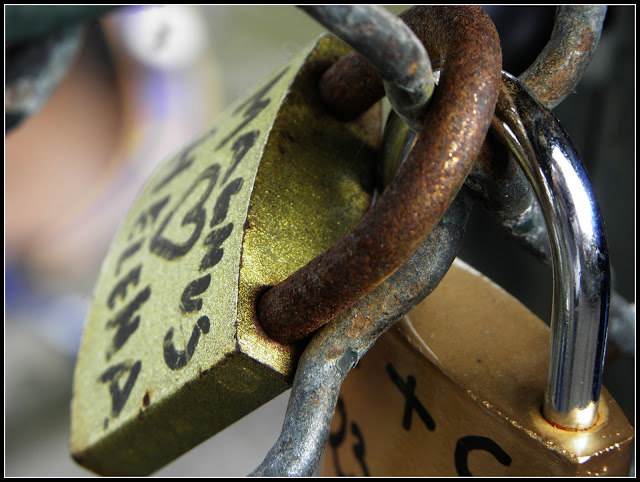 Paris is the City of Love and the Pont des Arts is the place in the city where people gather to profess their love. 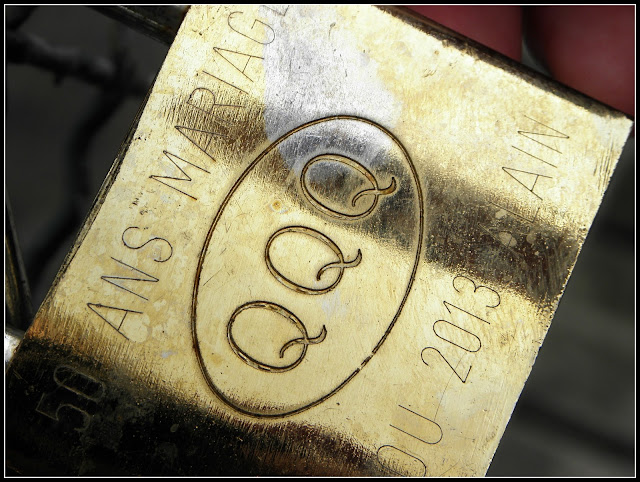 As bridges in Paris go, the Pont des Arts is hardly the prettiest. Its railings are metal gridded panels.  Over the years it has become customary to attach a lock onto one of these grids and toss the key into the Seine River to signify an eternal commitment to your love. 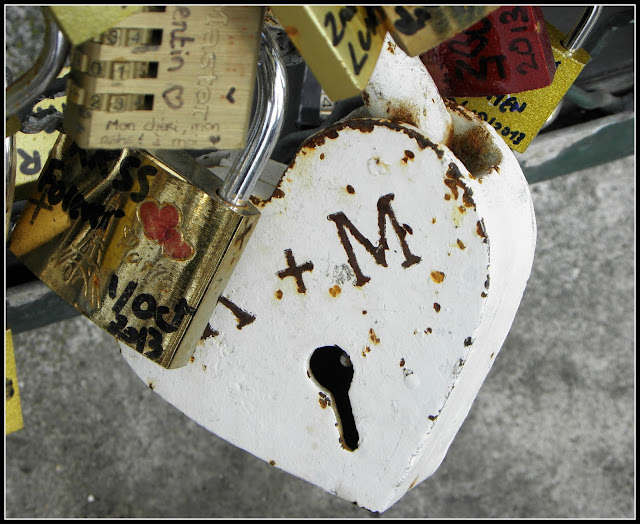 And so the bridge is now covered in thousands of locks.  Some brand new, some have been there long enough to rust and show their age. 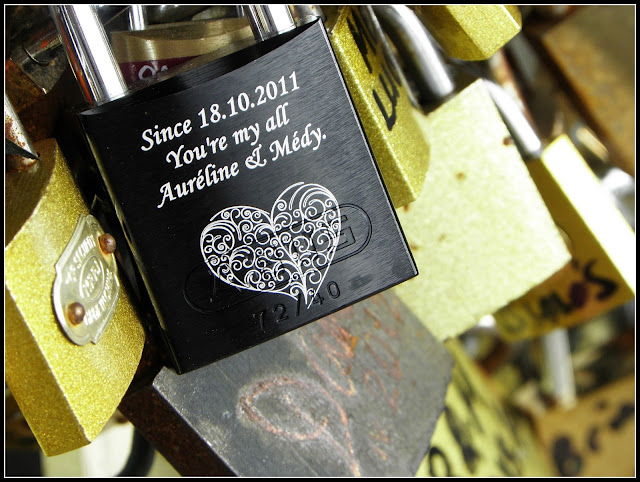 Some are engraved with anniversary dates and names of lovers. 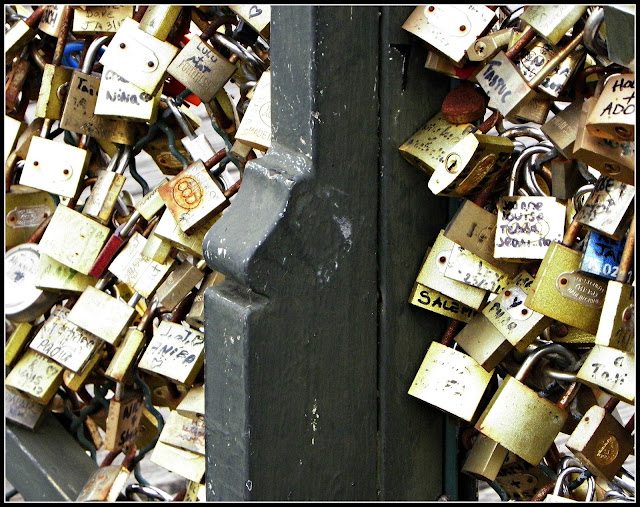 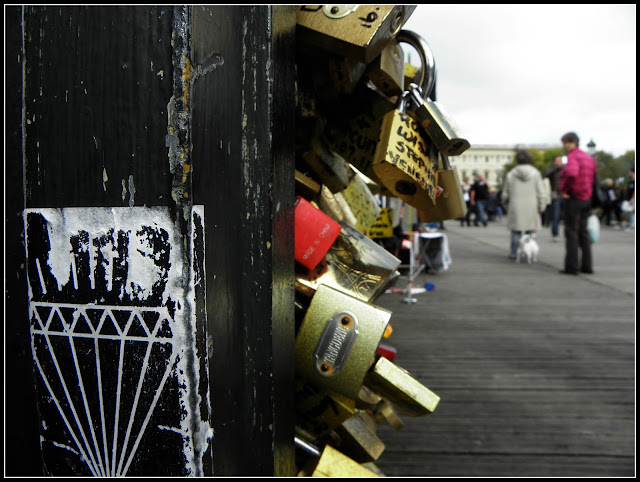 Messages in many languages remind passersby that love is something people the world over share in common. 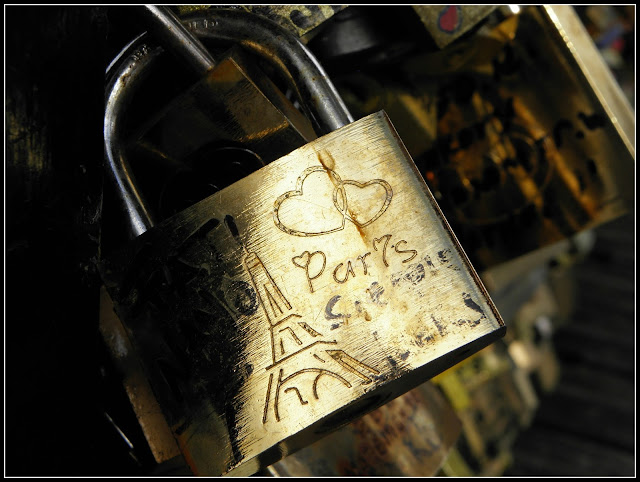 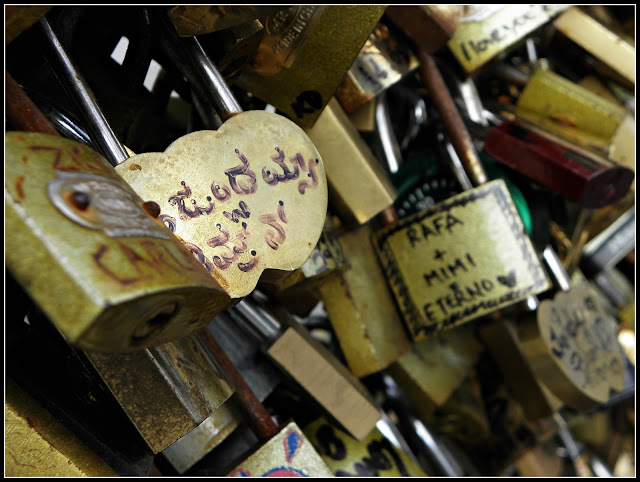 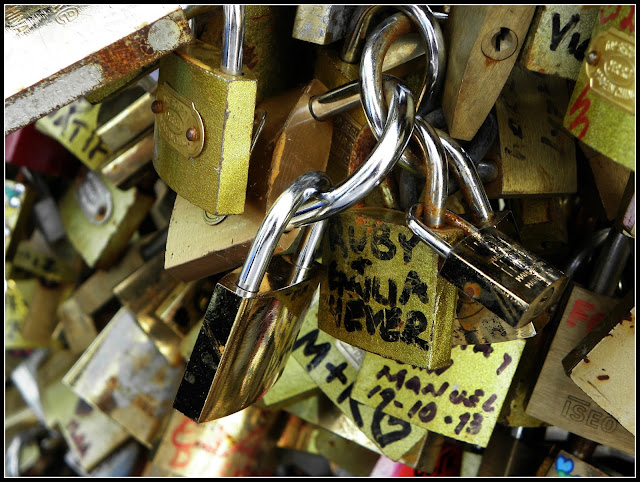 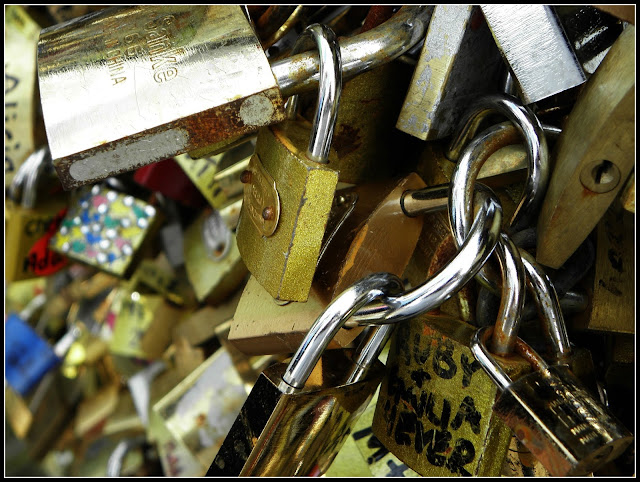 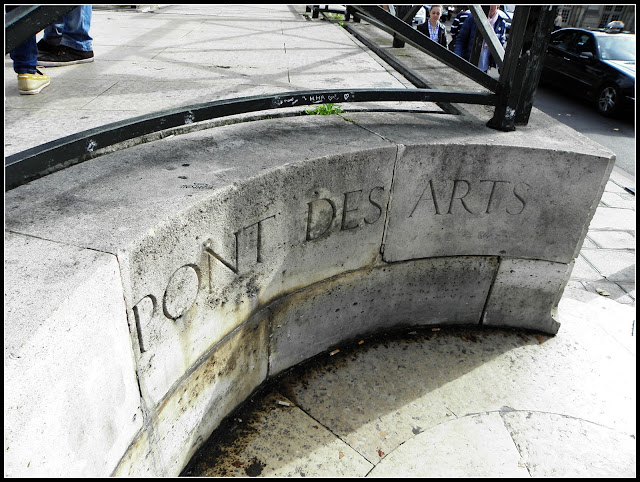 Email ThisBlogThis!Share to TwitterShare to FacebookShare to Pinterest
Labels: Amour, France, Lessons My Children Have Taught Me, Paris, Travel